Despite being pressured by my hotel to accept (and pay too much for) a tour of Angkor Wat by their tuktuk driver from 7 AM on my first day, instead I slept in and explored the town.  I was overtired and anyway it was easy to sleep late due to something that my room was lacking.  The room I prepaid for had a broken air conditioner so I was downgraded into a room where it worked.  This was after considerable effort on my part.  On the top floor, the room was hotter than the outdoors.  (Low of 30C with usual highs of 39C outside)

My new room had no window and no television, making it basically a cave.   Without the character of a cave.

I bet they don’t even know this is a famous person’s hairdo on their salon sign.  They probably just took a foreign person’s hairstyle off the Internet.

I left my hotel not knowing what I would do today in particular,  just I was tired and overheated.  My first stop became a massage for 60 minutes, I decided to try the local Kmer massage.  Once was enough for that.  There is perhaps reason why it is not world-famous. (Later I will have other fantastic massages here, just not that type.)

I let myself be coaxed in to a restaurant for lunch where I paid 10 times the average wage for a Cambodian according to Wikipedia, for this salad and drink.  ($10US)

. There were two customers in this large restaurant during lunchtime, me and one other foreigner.  That’s always a good sign.  LOL.

This always boggles my mind.  An otherwise well designed restaurant.  Here notice the bathroom door is propped open, often the case for a men’s room.  Except that the mirrors are strategically placed so those outside can see who is using the urinals.

I was feeling grumpy this day.

Click on the image below to view the video of me being grumpy in the market. 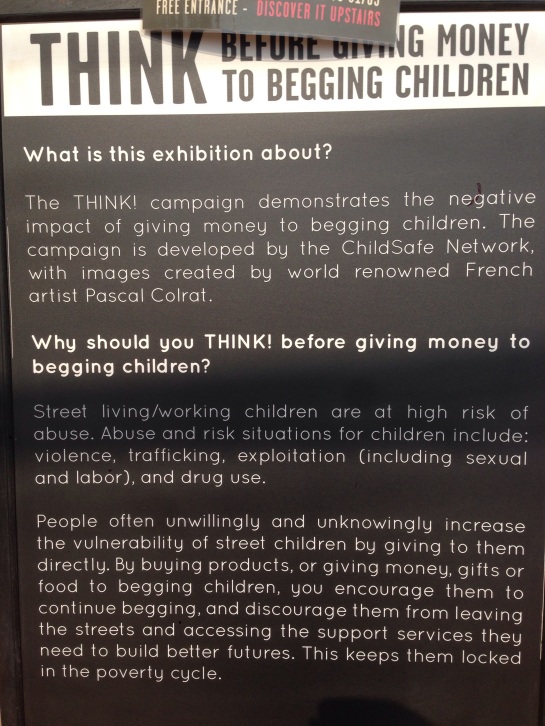 In my travels this is often a conundrum for me.  To give or not to give, what is actually better?  This Cambodian charity is requesting we not give and keep their children on the streets.  I had heard about this quandry in India.  A child would encounter a foreigner and earn too much money in one day.  The parent would decide their income potential was too good to let them go back to school.  And the cycle of poverty continues.

Every tuk-tuk I countered offered to take me somewhere.  Even though I was not going anywhere in particular, I finally accepted.  I had a good feeling about this young man

We agreed on six dollars an hour for random wanderings.  This is a very good amount for him yet affordable enough for me.  Yet you can hire a tuk tuk for $12 for the entire day.

If you look closely enough you can see bats in this tree.  In the country people will throw stones and then eat them my driver told me. Most things are considered fair game for eating in Cambodia.

If you squint your eyes, this lion might remind you of something else.

We are laughing about how much she is cheating me on this ball cap.  Really, we are. 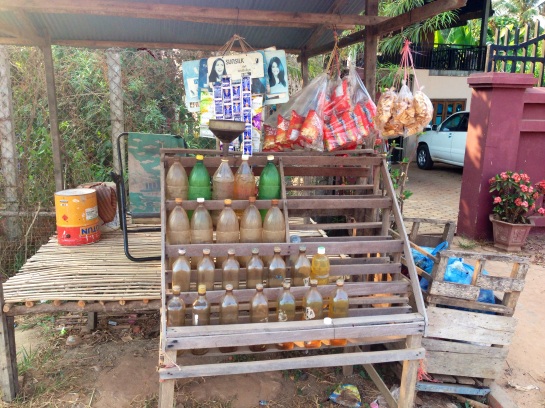 I want you to guess what this is.  I see them all over and it wasn’t what I thought it was.  Sometimes they are all Coke bottles but filled with this other colored liquid.  So I thought maybe it was that tea that every restaurant gives you instead of water.

This is a gas station.  Motor cycles and tuk tuks can easily measure how much gas they used to fuel up by half litre bottles.

I have been giving my driver lots of instructions that I would like to see more local areas.  We we didn’t start out great as he at first tried to take me shopping to all the large souvenir shops, the free-standing tourist traps designed to attract guides with their busloads of clients to earn kickbacks.  This would hugely increase his income if I bought anything at these very large tourist centers.  In fact he explained to me that if I could look for 10 minutes they would give him a vodka and Coke.  If I wanted my driver to be drinking vodka I would buy him vodka myself.  But I don’t

Looks like the sculptor of this elephant used some LSD 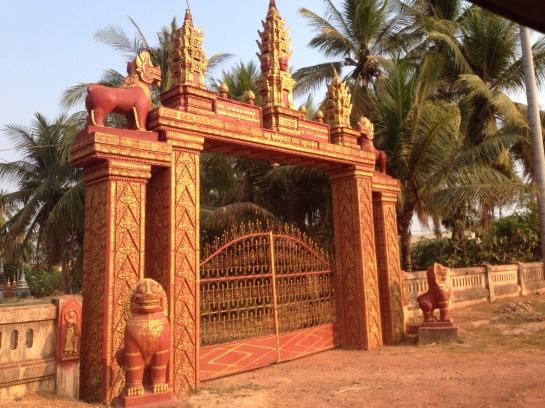 He told me monks live there. 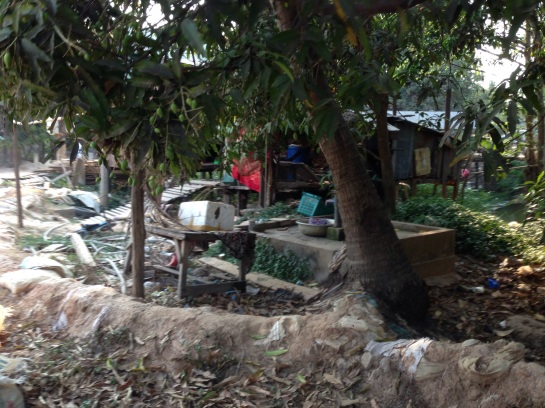 On the most interesting part of the ride I did not feel comfortable taking photos.  And I didn’t.

My driver told me these are grave markers.

Click on the video below to see a sweet greeting. 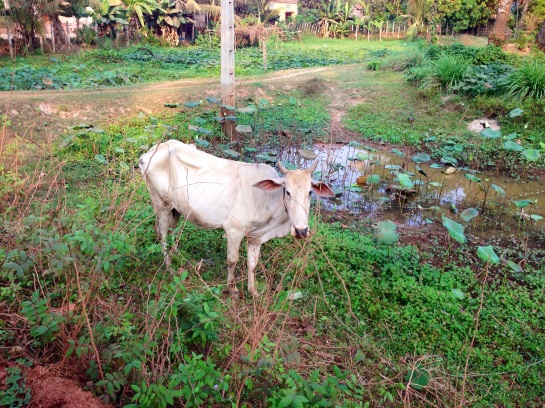 I think it’s cow.  I wanted our picture together but they were afraid of me. 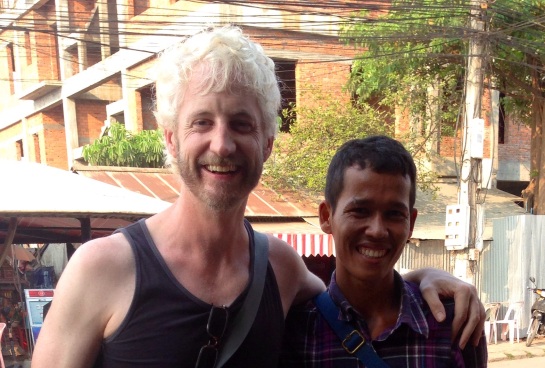 Me and my driver, Vichet