Hollywood has such a distinct identity that it is easy to forget that it is actually a neighbourhood of Los Angeles. It’s most Iconic sight, like the Eiffel Tower and the London Eye, was originally a temporary display. It was part of a marketing campaign for a new housing development, Hollywoodland, but it caught the attention of all who visited and became a necessary sight that represented larger-than-life Hollywood. 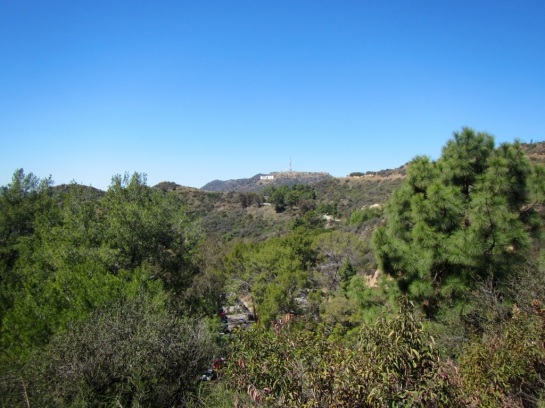 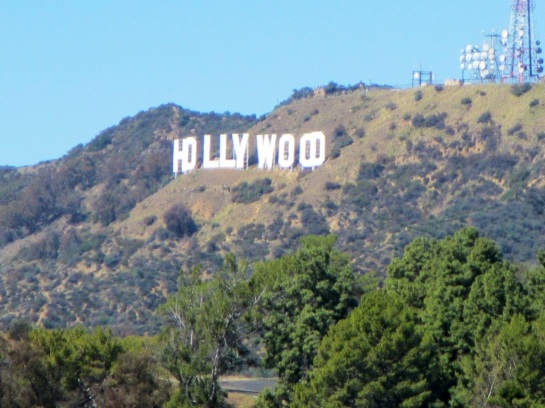 Located in the largest urban park of the USA, the Hollywood sign is visible from many vantage points throughout Hollywood. Griffith Park is a beautiful, well-used park that covers five times the area of Central Park in Manhattan. (If you’ve every walked the dimension of Central Park, you will know that it is really quite large.)

Views of Los Angeles from the vantage point of the hills of Griffith Park. 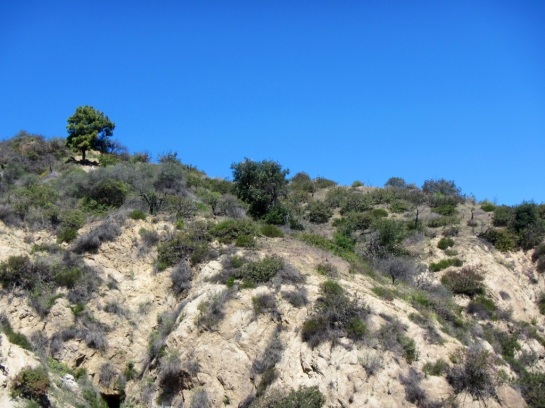 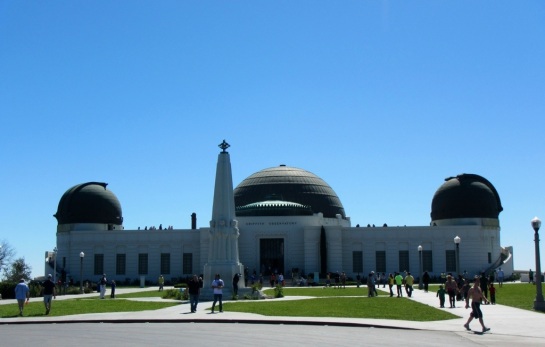 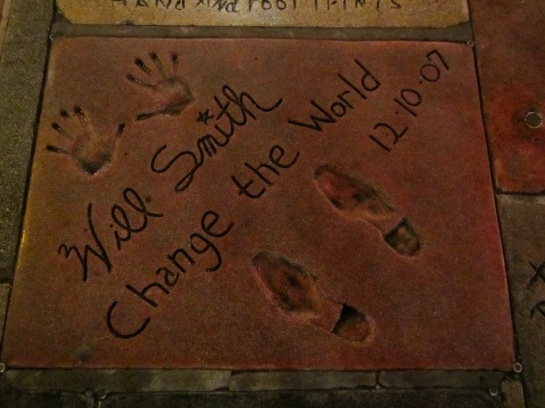 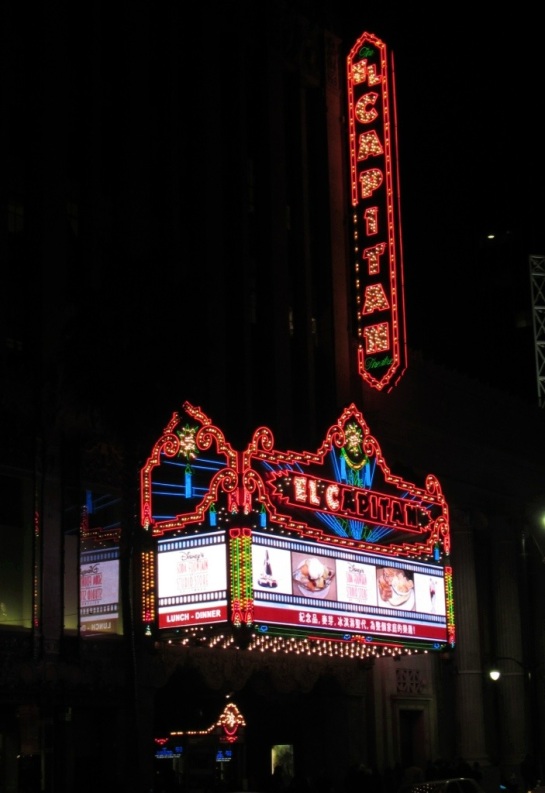 Make sure to visit the strip after dark too! Same theatre lit-up Vegas style. 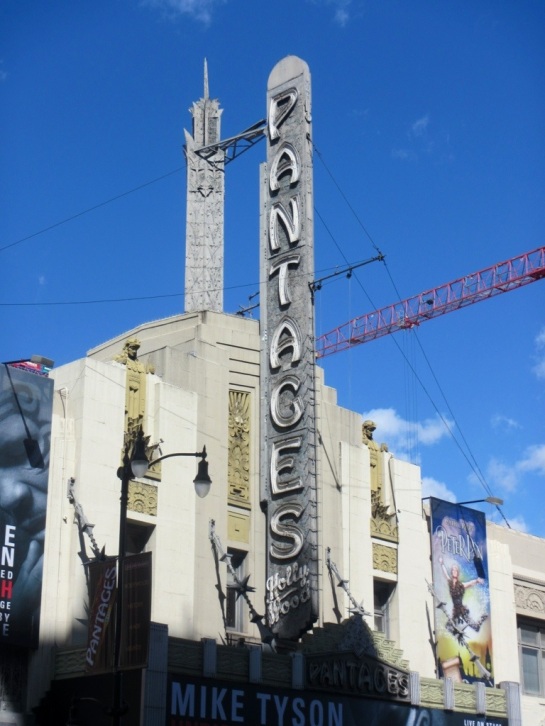 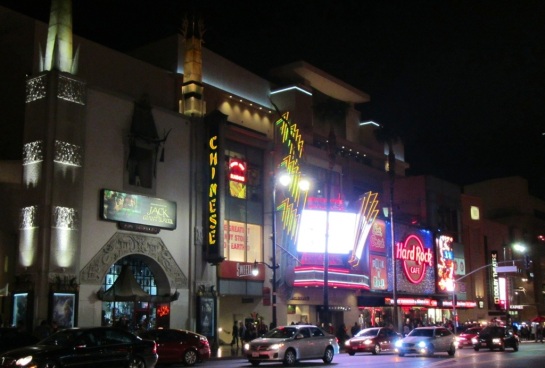 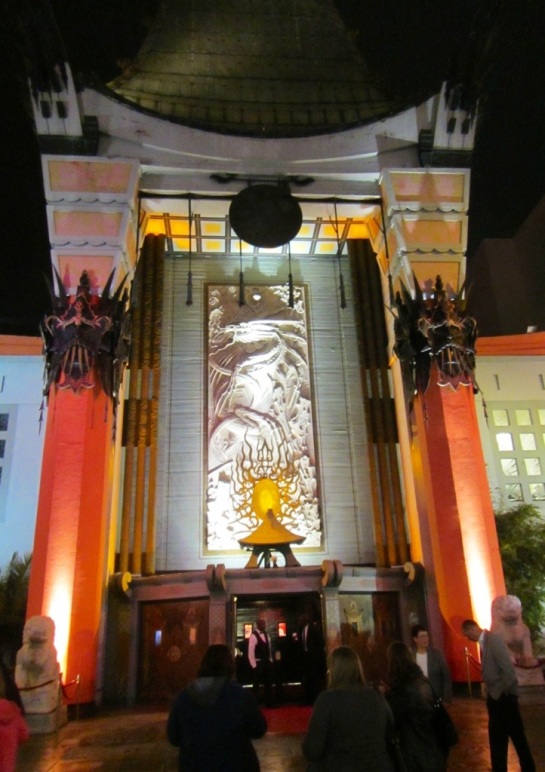 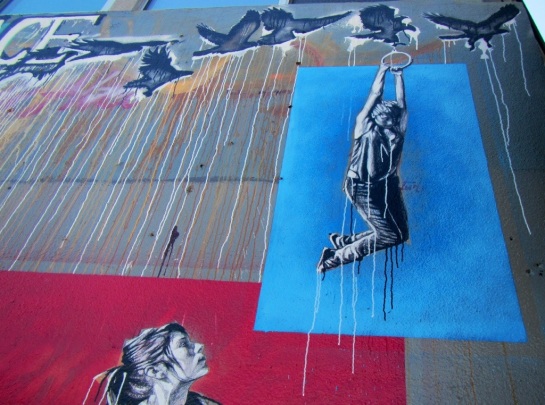 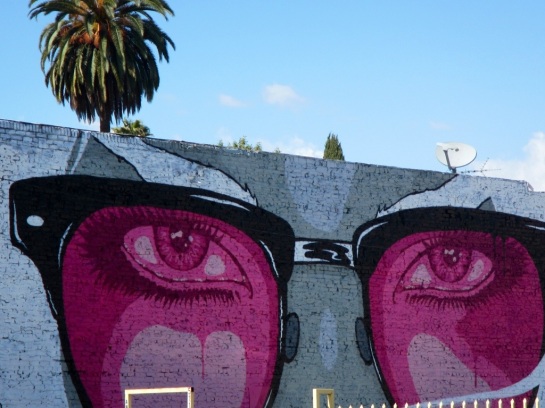 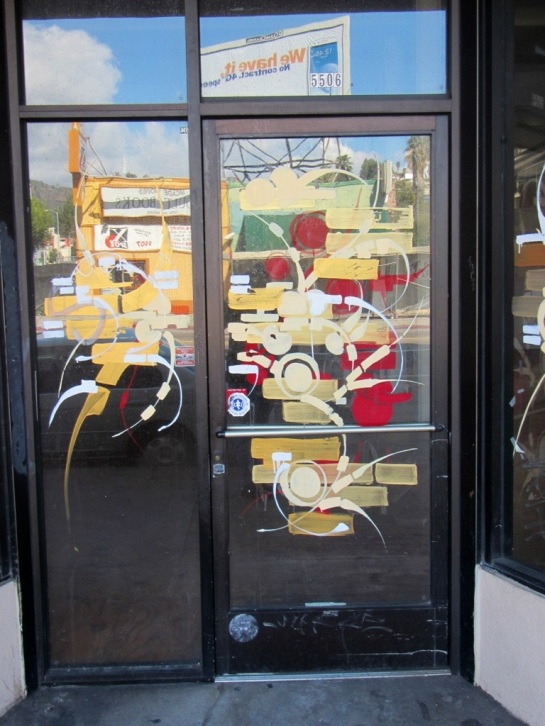 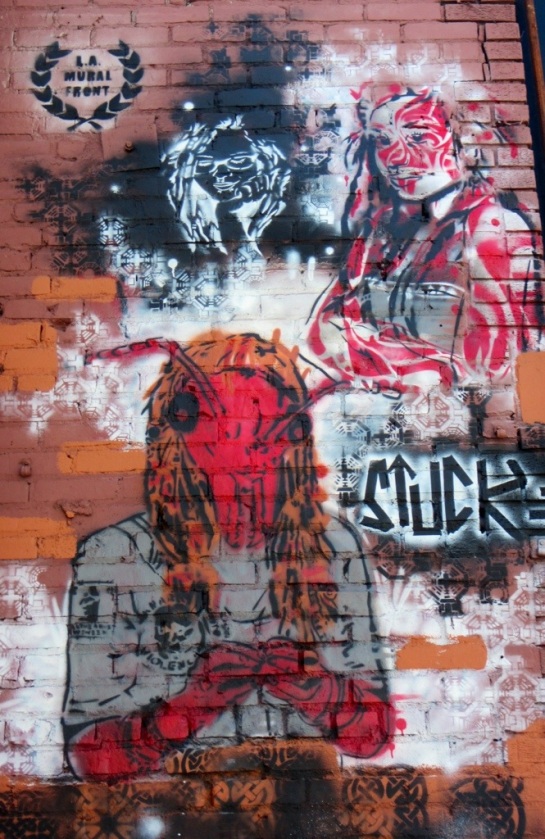 The Walk of Fame along Hollywood Boulevard. 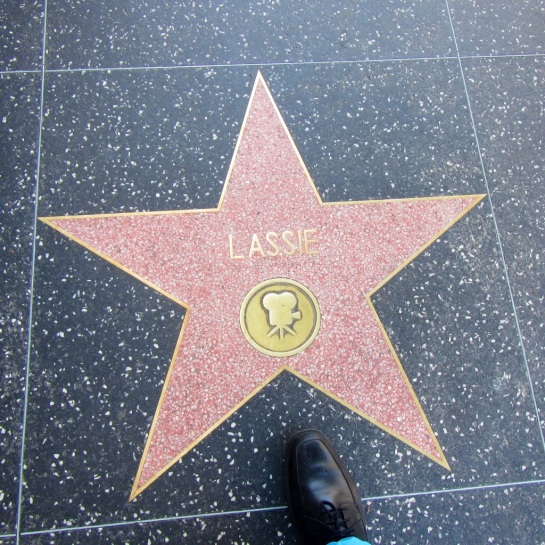 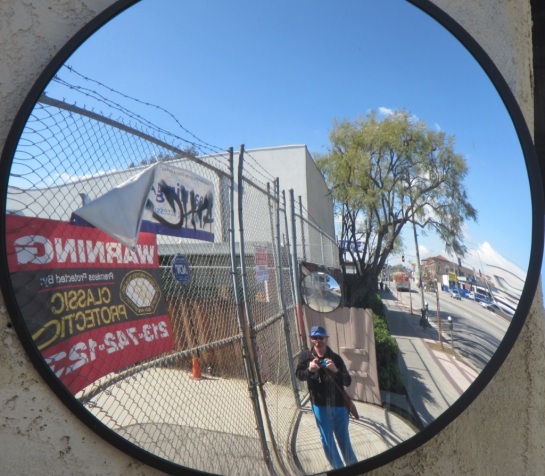 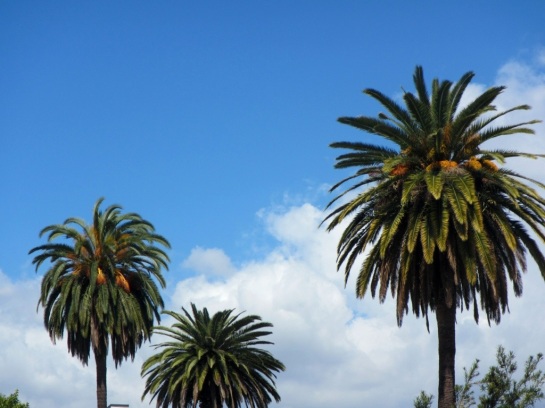 The tall palms seem to tower most of the side streets in Hollywood. 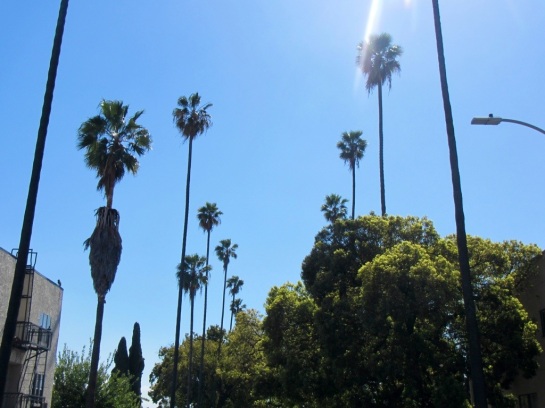 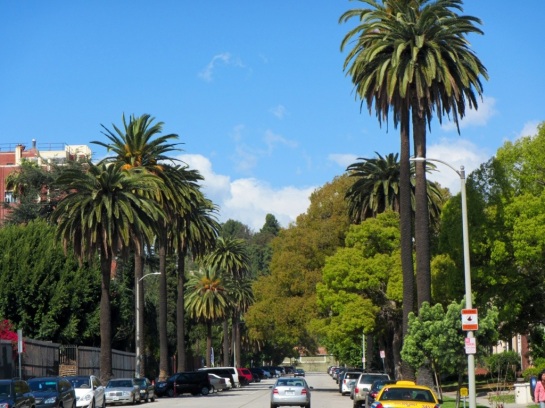 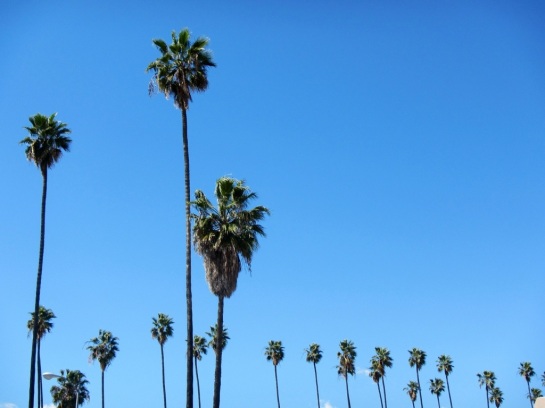 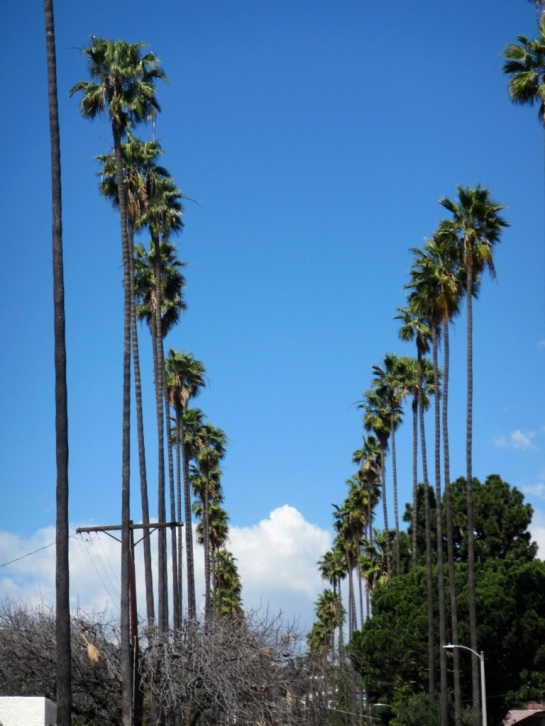 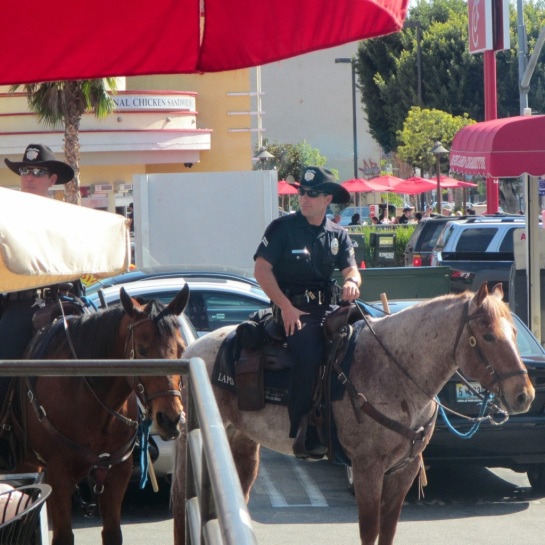 On this particular day Hollywood Boulevard was blocked off for a march for women’s rights. 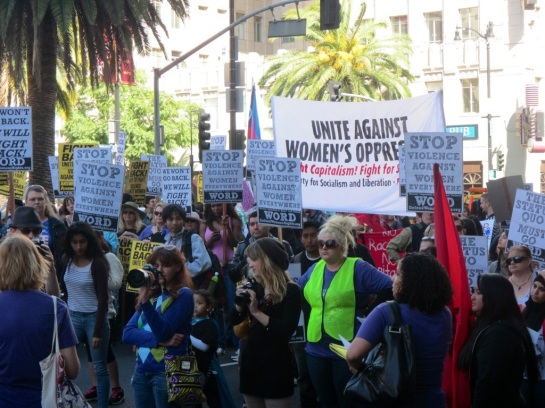 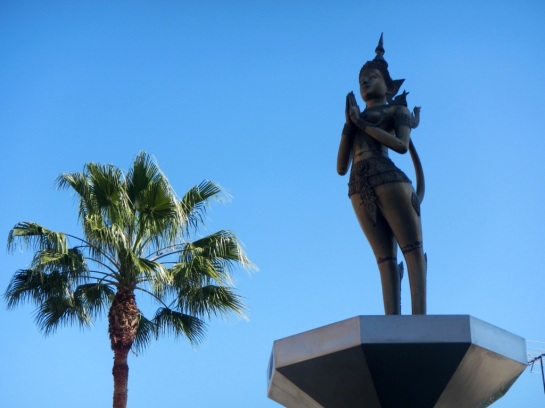 Quite a few Thai restaurants and legitimate massage parlours comprised Little Thailand in Hollywood. Don’t miss getting a massage here, I had one hour for $25 and it was shockingly good. I tipped $20 bringing the total to half the cost of what I’m used to paying. I had to tip, it was so cheap that I actually felt guilty paying so little, especially in an expensive city.

A hanging mobile of cut-metal discs at the W Hotel. 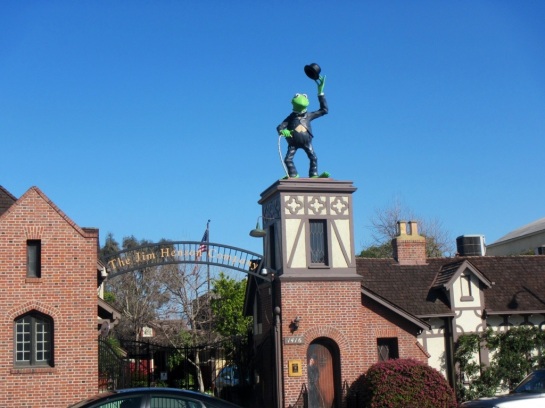 I think these studios were on LaBrae South of Hollywood Bvld.

Building or Oil Pump cover? I was told by a local that oil pumps located within LA are concealed by fake buildings. This one seemed to have no purpose or actual interior, so I was just wondering. . . . maybe?

Such a pretty museum 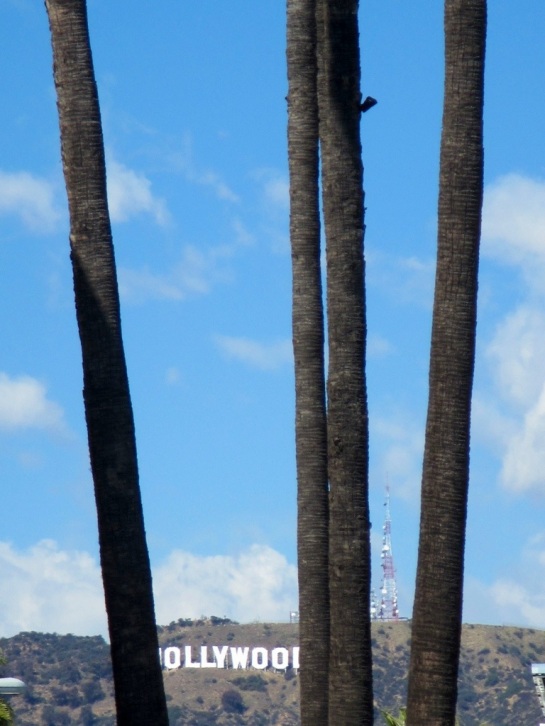 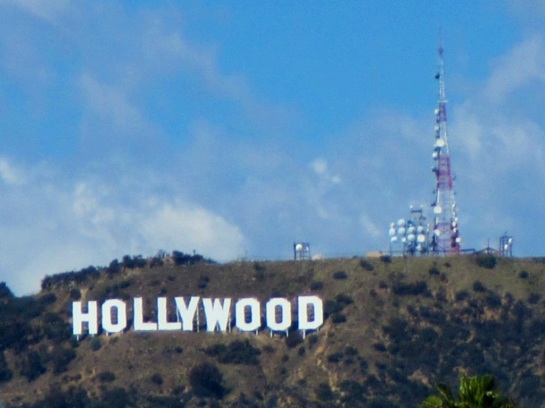