Nearly one hundred and one kilometres of sandy beaches run along the Arabian Sea along India’s West coast of a small state called Goa. Longtime a Portuguese possession, Goa has a unique culture within the Indian tapestry.

Arambol is the Northernmost beach and town of Goa. I spent nine days living amongst the hippies who seem to spend extended periods in this cheap, sunny paradise. Most of the tourists at this specific beach seem to be Russian and Eastern European, and they mostly kept to themselves.

I was cheated by a Russian woman who set-up a website listing accommodation. I paid her nearly four times the going rate for my beach hut, which was non-refundable and prepaid for a week. She actually had no connection to the facility at all, apart from her agreement to find them guests and keep whatever commission she could generate. FYI, as of February, 2013, beach huts run between $10 and $15 USD. I lost a few hundred dollars not knowing the going rates. I also lost my Blackberry, which disappeared from my locked shack. (It was my European travel mobile, not my Canadian cell phone.)

Flying from Mumbai to Goa, it struck m funny that I could buy small appliances from the headrest of the seat in-front on me.

Driving from the airport to Arambol. 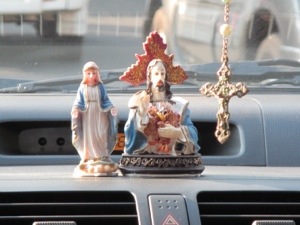 Religious artefacts on the dashboard of the Goan taxi. Goa was a Portuguese colony for nearly 500 years so it has a Catholic demographic.

A town enroute to Arambol. 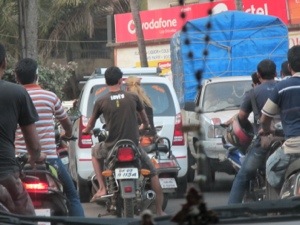 My suitcase on its way to my beach shack.

The view of Arambol beach from my shack.

Arambol beach comes to life with activity every night before sunset.

Some type of worly dancing on Arambol. 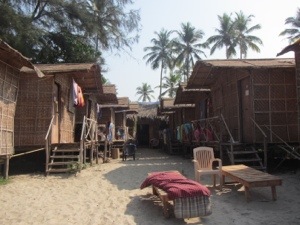 My beach hut was the third on the left.

Daily dancing on Arambol Beach. I made a video of the same, as well as some videos of the other hobbies people adopt here. 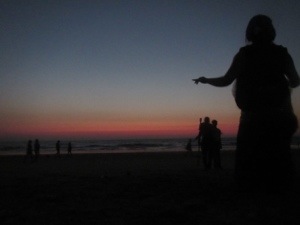 Gorgeous sunset with silhouette if a newby belly dancer trying out her new dancing garb. 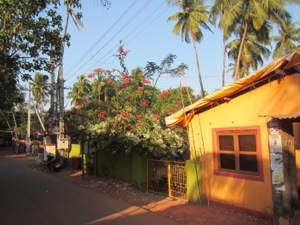 Just a pretty little home on the backstreets of Arambol. 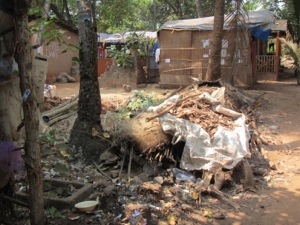 Sights on my daily walk to yoga.

My daily walk to yoga, continued. 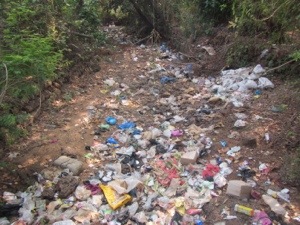 I know people don’t like to see rubbish, but it is everywhere so sometimes I am going to take a photo of it. Walking around the backstreets of Arambol. 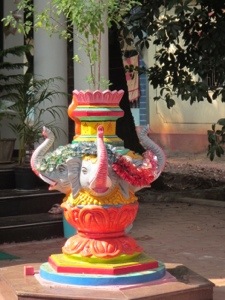 Apart from when I was too sick to walk (food poisoning), I enjoyed private yoga sessions every morning. On Feb 4th, my yoga instructor wished my sister a happy birthday. 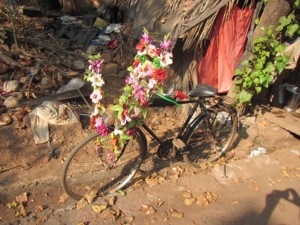 Such a pretty bicycle! 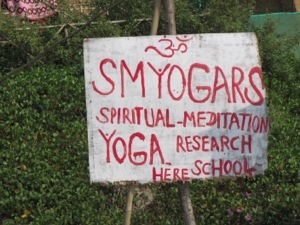 The impressive sign of where I was staying. It’s all about attention to detail. But they didn’t actually have yoga, despite the high-tech name, I had to go find that elsewhere. The website scam was much more impressive.

A happy home in Arambol. 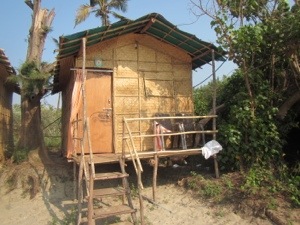 My second beach shack in Arambol, much nicer than the first. I wanted to extend my stay by two days as to not miss a festival, but I also had to move. I paid 2400 Rs for the first shack per night, 700 Rs per night for the second, nicer one. 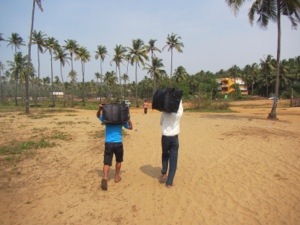 Final glimpses of the Arambol market streets as I leave for Panaji.